We had a brew day at my house for the first time in about a year.  We've brewed a few times at other group members houses in the past year but I've been a big slacker.

I decided, about 3 months ago, to buy the Plinian Legacy kit from Northern Brewer again because, quite frankly, it's a great beer.  Then the kit sat on my shelf for 3 months.  Like I said, I'm a slacker.

We did the brew-day last Saturday.  Initially it was going to be a low key thing of me brewing but it ended up being a brew day + build your own pizza party with a bunch of friends over.  I'm glad it changed.  I had a lot of fun hanging out with friends.  However, I was so busy with the pizzas and just various other things that happen when you're hosting I basically didn't participate in the brewing beyond carrying up the gear to start the day and putting it away the next morning.

Oh, and drinking.  We drank a lot 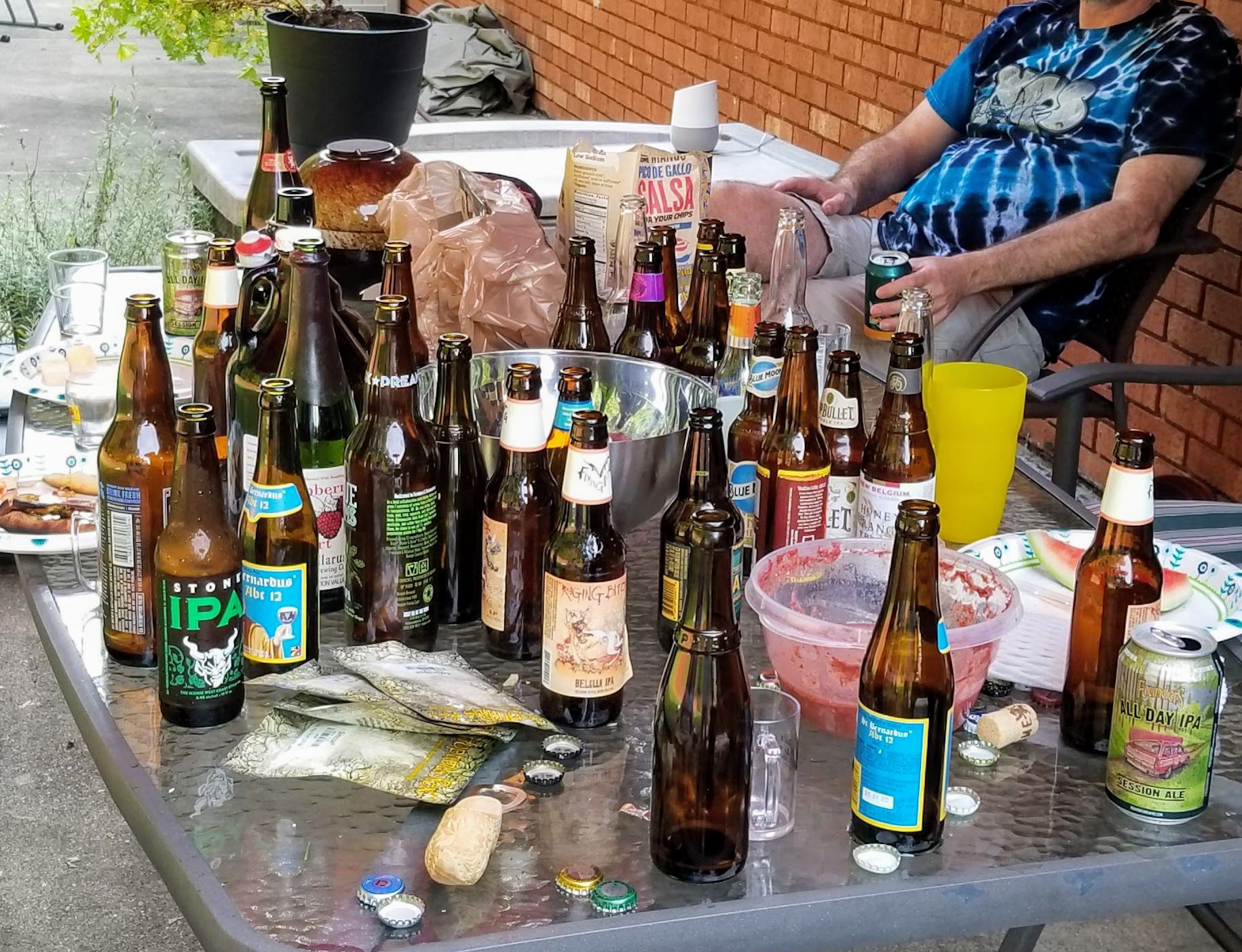 Even though we were making an IPA my plan had been for it to be a day to drink Belgians.  I brought a few "Westy's" home with me and wanted to share them with some folks - plus I had some St. Bernardus Abt12 on hand for comparison with The XII of Westvleteren.  The general consensus of my guests was that the Westy 12 was better.  I definitely liked the Westy 12 better than the Westy 8.

Overall it was a good day filled with good people hanging out having a good time drinking some good beer.